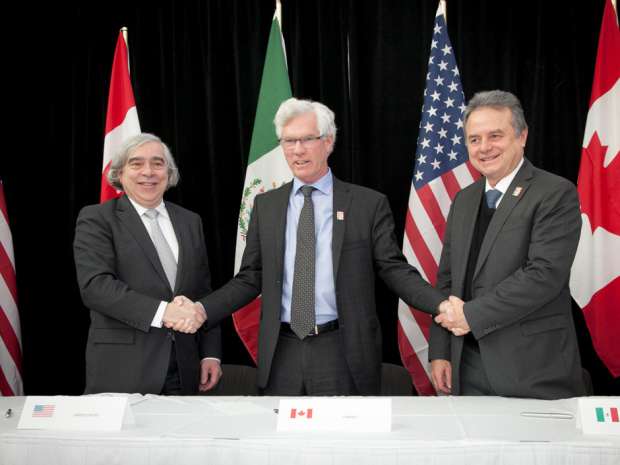 The current energy exchanges between Canada, the United States and Mexico are well known and understood.  Our future ability to grow and support each other’s clean energy advantages however, has not always been quite so clear.  Today’s MOU clearly demonstrates not only that each country has significant clean and renewable domestic energy potential but that by working together, these strengths can be compounded for the benefit of North America and the world.  Canada and the United States already enjoys a strongly interconnected grid which sends clean and renewable hydropower from Canada to the United States which displaces carbon emissions and enables new US renewables.  To fight climate change, strengthen our shared energy systems and grow a greener economy, we only have to do more of what’s already working.  Today’s MOU underlines this reality and opportunity.”

About the Canadian Hydropower Association

The Canadian Hydropower Association (CHA) is the national trade association dedicated to representing the interests of the hydropower industry. Its members span the breadth of the industry and, with nearly 50 members, include hydropower producers, manufacturers, developers, engineering firms, organizations and individuals interested in the field of hydropower. CHA members represent more than 95% of the hydropower capacity in Canada. The CHA promotes the technical, economic, social, and environmental advantages of hydropower and advocates for its responsible development and use to meet present and future electricity needs in a sustainable manner.