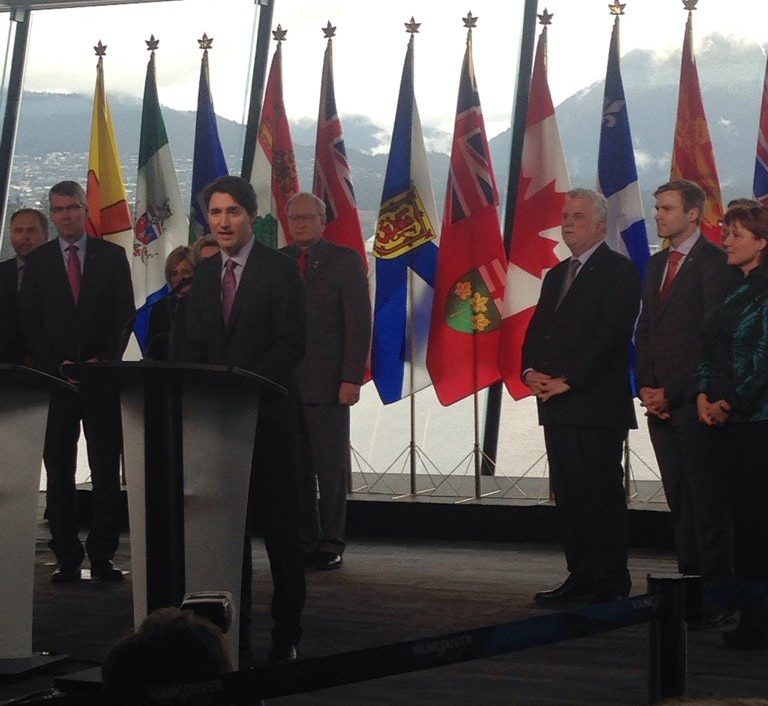 Prime Minister Trudeau and Premiers agreed today on a path towards a climate change strategy. In this deal, already called the ‘Vancouver Declaration’, federal and provincial negotiators have agreed to work toward a “Pan Canadian Framework on Clean Growth and Climate Change” expected this fall.

In fact, Prime Minister Trudeau said the discussions with Canada’s premiers were “tremendously productive” and that the framework developed would see the federal government invest in green infrastructure, public transit and the electrification of transportation. He also noted that a price on carbon is an essential tool in the effort to fight climate change and said the leaders would continue to work together to meet that end, taking into consideration the varying challenges of the different provinces and territories.

Other key commitments include: