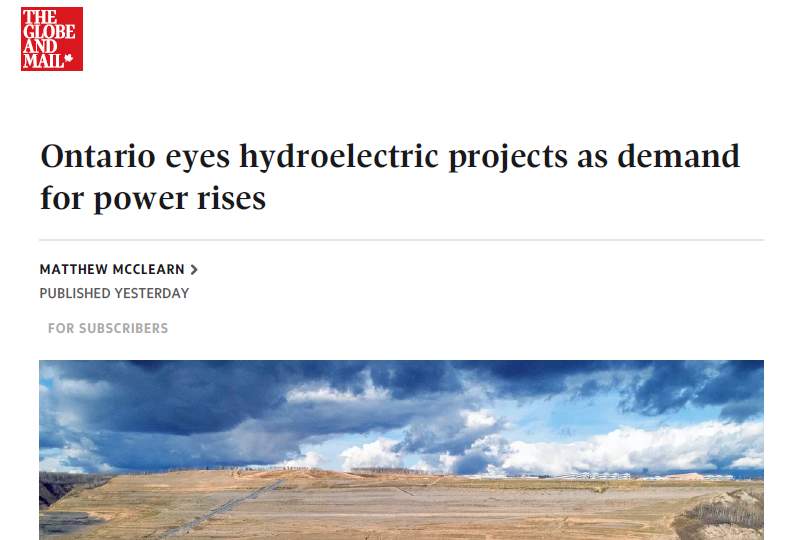 The Globe and Mail: Ontario eyes hydroelectric projects as demand for power rises

On Thursday, the Ministry of Energy gave OPG the task of working with the Ontario Waterpower Association, an industry lobby group. Together, they’ll update previous evaluations of hydroelectric potential in the north, including life-cycle cost of building new stations as well as water availability.

Their report is to be delivered to the ministry and the province’s Independent Electricity System Operator (IESO) by April. The IESO, in turn, is to report back to the government by November.

“To power the Ontario of the future, we must explore new sources of hydroelectric power,” Greg Rickford, Ontario’s Minister of Mines, Northern Development, Natural Resources and Forestry, said in a statement.

“Further hydro development could spur job creation in Indigenous and remote communities, power industries and communities, and will ensure a cleaner future for our province.”

“It’s a common misconception that hydro power is tapped out,” said Anne-Raphaëlle Audouin, the organization’s president. “I think it stems from the fact that it’s 60 per cent of overall electricity generation in Canada, so people assume that surely, we developed all the hydro power there is in Canada. But in fact, it couldn’t be further from the truth.”