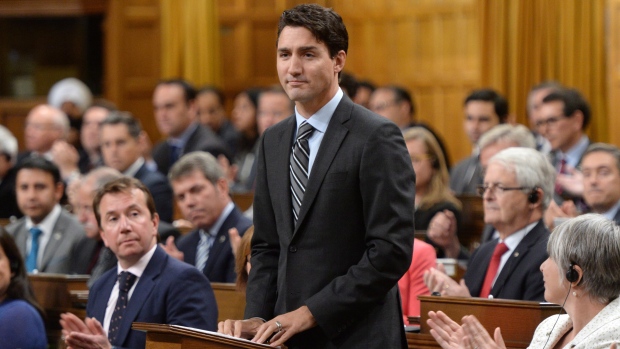 A minimum federal price of $10  per metric ton will be set in 2018, rising by $10 each year to $50 per ton in 2022 when it will be reviewed, Trudeau announced today in a speech to Parliament. Provinces and territories will have flexibility in deciding how to implement carbon pricing.

The following is a summary of the plan:

The approach will be reviewed in 2022 to confirm the path forward, including continued increases in stringency.

This announcement comes at a time when the Trudeau government will table the Paris climate agreement in Parliament for ratification.

“Pricing carbon emissions on its own won’t enable Canada to reduce emissions in line with our targets—other complementary measures will be required. One such measure is for the federal and provincial governments to adopt and facilitate achievement of national targets for electricity generation that move us close to 100 per cent zero-carbon electricity by 2050.”