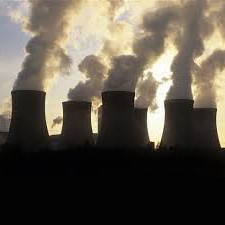 Environment Minister Leona Aglukkaq announced today that Canada plans to reduce its greenhouse gas (GHG) emissions by 30% below 2005 levels by 2030.

This is a fair and ambitious target that is in line with other major industrialized countries and reflects our national circumstances, including Canada’s position as a world leader in clean electricity generation.

Canada has now formally submitted its target, referred to as an intended Nationally Determined Contribution, to the United Nations Framework Convention on Climate Change. Canada will continue to take cooperative action with its continental trading partners, particularly the United States, in integrated sectors of the economy, including energy and transportation.

Today, Minister Aglukkaq also announced the Government’s intention to develop new regulatory measures under its responsible sector-by-sector approach that would build on the decisive actions taken to date. These include:

Regulations aligned with recently proposed actions in the United States to reduce the potent GHG methane from the oil-and-gas sector. Action in this area would lead to significant reductions in emissions while ensuring Canadian companies remain competitive.
Regulations for natural gas-fired electricity, which would build on Canada’s existing coal-fired electricity regulations and strengthen Canada’s position as a clean-energy leader.
Regulations for the production of chemicals and nitrogen fertilizers, which would reduce the growth of GHGs from two of the largest sources of emissions in Canada’s manufacturing sector.
Canada is a leader in clean-energy technologies and has invested more than $10 billion in technologies to promote innovation and emissions reductions. To build on this success, Canada will focus domestic climate-related investments in innovative technologies to continue to drive further improvements in environmental performance in the oil sands and other growing sectors.

These planned new measures would further broaden the scope of Canada’s sector-by-sector approach and build on our record of reducing GHG emissions while keeping Canada’s economy strong.

Quick Facts
In 2013, Canada’s GHG emissions were 3.1% lower than 2005 levels while the economy grew by 12.9% over the same time period.
The proposed regulatory actions announced today are in addition to recently announced regulations establishing more stringent standards for cars, light trucks, and heavy-duty vehicles, as well as our intent to regulate hydrofluorocarbons (HFCs).
Canada’s per capita GHG emissions have fallen to their lowest levels since tracking began while the economy has continued to grow.
Canada’s 2020 GHG emissions are projected to be 130 megatonnes (Mt) lower than if no action was taken, an amount roughly equivalent to one year’s worth of GHG emissions from all of Canada’s road transportation.
As a world leader in clean-electricity generation, Canada boasts one of the cleanest electricity systems in the world, with almost 80% of our electricity supply emitting no GHGs.
The Government is implementing its responsible sector-by-sector regulatory approach to reduce emissions and has already taken action on two of the largest sources of emissions in Canada – transportation and coal-fired electricity.
Quote
“Canada’s economy and population are both growing. Our Government’s record is clear: we have reduced emissions while growing the economy and creating good, well-paying jobs for Canadians.

“Canada’s ambitious new target and planned regulatory actions underscore our continued commitment to cut emissions at home and work with our international partners to establish an international agreement in Paris that includes meaningful and transparent commitments from all major emitters. We will work cooperatively with the provinces and territories on these goals while respecting their jurisdiction.”