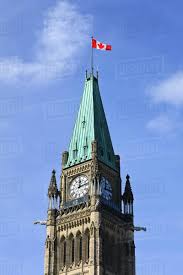 WaterPower Canada welcomes the proposed approach announced today by the Federal Government for the regulation of greenhouse gas emissions from new emitting electricity generation. The approach under the OBPS Regulatory Proposal, published in December 2018, proposes that the standard for coal-fired electricity declines to reach the level of an efficient natural gas plant by 2030. The final regulations maintain that approach for coal but add a similar decline for new gas generation that drops to zero by 2030.

Anne-Raphaëlle Audouin, President of WaterPower Canada noted “the measure announced today is a very important step in driving the right behaviors toward an increased adoption of clean and renewable electricity. New investments in electricity generation will be on a level-playing field that increasingly steers investment away from fossil fuels and toward non-emitting electricity resources as we transition to a cleaner energy future”.

• Hydropower represents approximately 60% of all electricity production in Canada.. Hydropower makes Canada’s electricity grid one of the cleanest in the world.
• Canada is the world’s second largest hydroelectricity producer after China. We are recognized around the world as a hub for hydropower technology and expertise.
• For each of the last five years, Canada’s top ten largest infrastructure projects included at least four hydroelectricity projects, representing almost $40 billion in capital investment.
• Canada’s fleet of more than 500 hydropower generating stations is our “blue battery” supporting grid reliability and resilience. Reservoirs provide energy storage for months and years.
• Canada is a net-exporter of electricity to the United States along the 30 major inter-ties between the two countries. The vast majority of Canadian electricity exports to the U.S. are made of clean and renewable hydroelectricity.